Nigerian gospel music sensation, Okey Sokay, has released a new album, “Declaration,” while charging on the need for individuals to “be deliberate about the words you speak because they affect your life.”

As a singer, who has been described as a “true embodiment of multifacetedness,” Okey Sokay, also a software engineer, songwriter, multi-talented instrumentalist, producer and audio engineer, said with his past years in music as a career, many other things are steadily gaining a foothold in him.

Speaking on where he got his inspiration behind his new album, “Declaration,” which is a double-fold release, as it came along with an e-book titled “Declaration Devotional,” the multi-talented singer, who is also a pastor with Charis Family International Church, Lagos, said he was inspired to compose the songs from his relationships with the Holy Spirit.

According to him, making a scriptural reference in the Book of Proverbs, as quoted: “A man’s stomach will be satisfied with the fruit of his mouth; He will be satisfied with the consequence of his words. Death and life are in the power of the tongue, And those who love it and indulge in it will eat its fruit and bear the consequences of their words,” Okey Sokay said, “every human has to be cautious of what they pronounce with their mouth,” our Words have the ability to shape our future and change our lives because words are alive.”

He said: “Jesus speaking in John 6 vs 63 gives a deeper understanding of the truth that words are spirit and life. Realizing this truth inspired all the lyrics in the album.”

The album released under Oyel Planet Music, featured talented artists like Naffy Mar, UK, Limoblaze, UK, and Marizu, Nigeria and UK, with a series of producers which include Joewhyte, Eagarboi, SMJ, Soundmind Pro, Dr Roy, and Skerz, while the songs were mixed and mastered by Sokay Mix, and available on all digital streaming platforms like Apple Music, Spotify, Boomplay, Mdundo, and others.

Okay Sokay, who is a gifted gospel artiste of very rare quality, was born Okechukwu Okey in Lagos, Nigeria, in the 80s to the family of Emmanuel and Elfrida Onya Ejim, Okay Sokay said he grew up surrounded by music as his mother was a member of the local church’s choir. 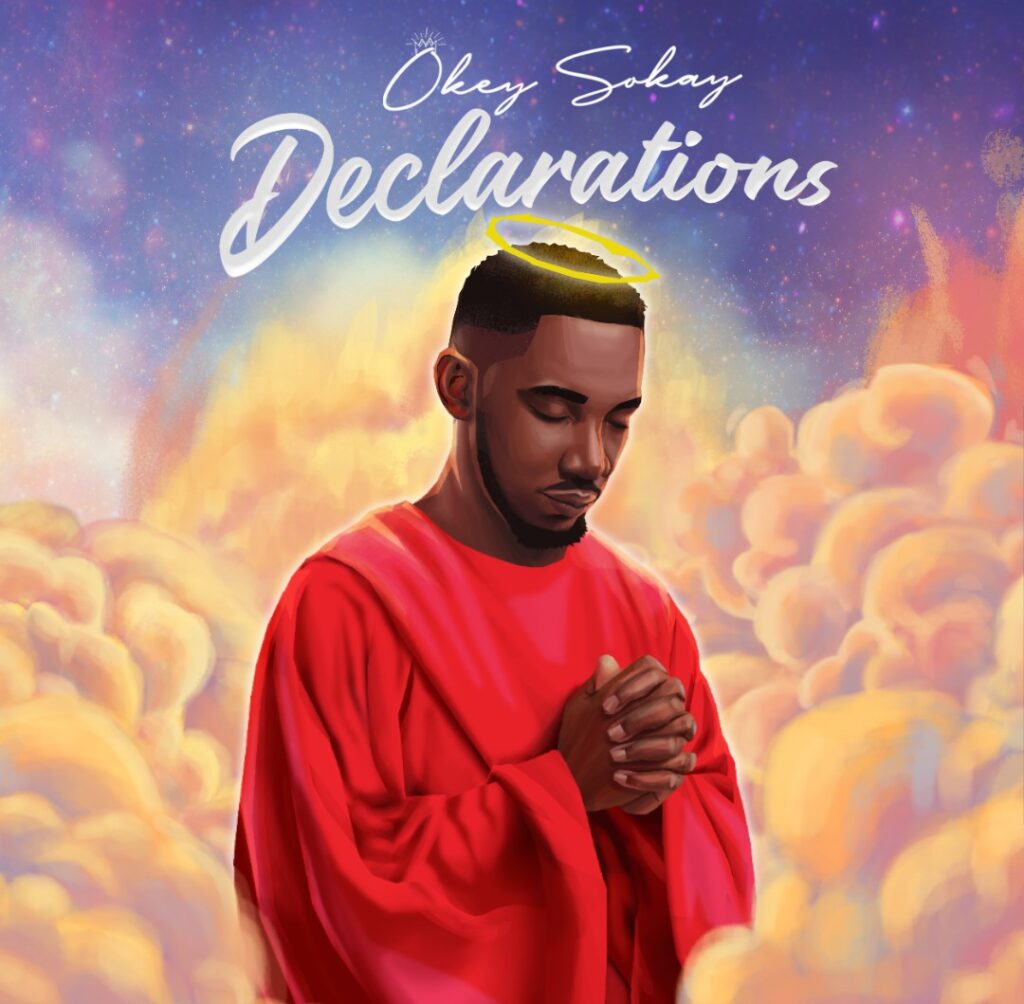 According to him, “I was exposed to professional music at a very early age, as a drummer for the popular late gospel star, Ibro John, in the late ’90s, also as a member of a popular children’s choir from the local church, travelling across the country.”

Then, he said had a rare opportunity to experience some of the biggest stages in Nigeria, ministering and performing to thousands of people.

Also to his credit, fans have extolled Okey Sokay as a gospel artiste known for his “uplifting melodies, powerful inspiring lyrics, and the unquestionable presence his music carries and conveys, heralding his arrival into the scene of gospel music as successful, pure, fresh, original, and lifting with an amazing global impact which has earned him some serious acknowledgement and recognition in the minds of many across the globe.”

The gospel musician said “my relationship with Jesus and testimonies have inspired songs like, “Good,” “Overwhelming Love,” “Oke Nla-Nla,” “I Belong,” “OYEL,” “HSKT,” “Aka, ” “Takeover,” Yanga,” “Life,” and many others,” a few of those he mentioned which were hit tracks.

“The songs in the ‘Declarations’ album and the ‘Declarations Devotionals’ are birthed from a place of fellowship with God, studying the word of God and revelation from the Holy Spirit, revealing the understanding of the power in our tongue according to the scriptures in Proverbs 18 vs 20 to 21 and John 6 vs 63.

“I trust and believe God that as you listen, soak in, worship, praise, and dance while making these ‘Declarations’ through the songs on ‘Declarations’ album and ‘Devotional,” you speak life to all that concerns your life and your world and you see the changes come to pass speedily in Jesus name,” Okey Sokay charged.