• ‘You are not done with us yet, what you have done is noted and written in gold and we believe that you have a lot more to contribute’

Vice President Yemi Osinbajo, SAN, has been described as a leader who contributed so much to Nigeria’s development and who is still needed for more in nation-building since everything he did is already written in gold.

This was the position of a group of progressives from the country’s North under the umbrella of the Northern Reawakening Forum, as expressed by its leader, Hon. Mohammed Kumalia, who led other members of the group to pay a courtesy and solidarity visit to the Vice President in his office at the Statehouse, Abuja, on Thursday, January 19, 2023.

Speaking for the Forum made up of professionals, politicians and business people from the North, Hon Kumalia noted that the visit was to strengthen the relationship between the group and VP, noting that “we want to continue to have this strategic relationship with you not only by virtue of your office but your person because we believe that there is so much that you can still contribute to nation-building.”

He added that the VP “contributed so much to the development of this country but I want to assure you that you are not done with us yet, what you have done is noted and written in gold and we believe that you have a lot more to contribute.

Responding in his meeting with the Northern Reawakening Forum, the Vice President while affirming his belief “in the development of Northern Nigeria as being central to the development of Nigeria,” noted that “in the years that I have been here (in office), it is evident to me that this country has talents from everywhere.”

Continuing, he said “we have sound people in every state. People who are as brilliant as anybody anywhere in the world.

“We have also seen the necessity of building a safe, secure and economically inclusive Northern Nigeria and Nigeria and how that needs to happen. The last few years have shown us that this country is not just about North and South.

“It is about good people, individuals across this country who have a vision for this country. And that like minds across regions, across states must come together to do something about our country.

On his part, Hon Kumalia thanked the Vice President for his profound leadership and lauded his immense contributions to the widening of political space for true representation in the country.

He said: “We congratulate you on your foray into politics and came here to encourage you to remain steadfast, stand for what you believe in and continue to pursue whatever objectives you set to achieve.” 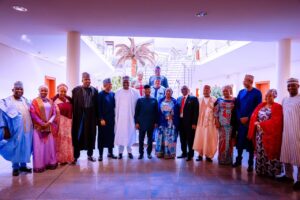 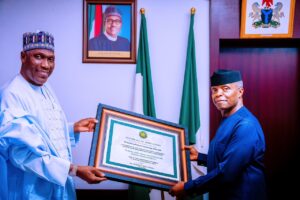 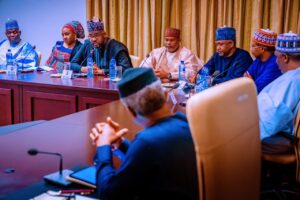 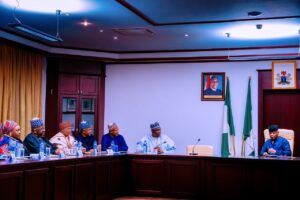 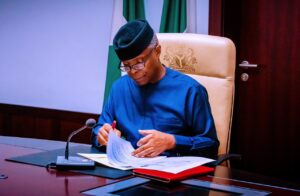 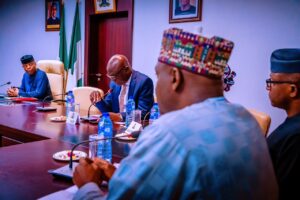 How FG will tax profits made by global tech, digital giants in Nigeria — Osinbajo

• Says it needs resources to deal with hydra-headed future challenges • BOT led by Sultan of Sokoto, with Olu of Warri, Gbong Gwon of Jos, others as members • VP leads from front, never […]

Buhari returns to Abuja after attending education summit in London