The UN humanitarian chief has said that sexual violence and starvation were being used as weapons of war in Ethiopia’s Tigray. He urged Eritrea to make good on its pledge and recall its troops.

The humanitarian crisis in Ethiopia’s conflict-stricken Tigray bordering Eritrea is deteriorating with no sign of a promised pullback of Eritrean soldiers from the region, the United Nations aid chief said on Thursday.

Talking to the UN Security Council, Mark Lowcock said that sexual violence was being used as a weapon of war in Tigray with some women reporting that they were gang-raped over a period of several days.

The under-secretary-general of humanitarian affairs said that there had been widespread reports of systematic rape and other sexual violence primarily by men in uniform. He added that girls as young as 8 were becoming targets.

Lowcock was addressing the 15-member council in a closed virtual meeting.

“To be very clear: the conflict is not over and things are not improving,” Lowcock said.

Starvation on the rise

Lowcock told the Security Council that as many as 4.5 million of Tigray’s 6 million people were in need of humanitarian aid while 91% of the population needed emergency food, as per government estimates.

He said he received the first report on starvation earlier this week when four displaced people died from hunger and by Thursday morning he had received reports of 150 deaths from hunger in Ofla, a district situated south of Tigray’s capital Mekelle.

“This should alarm us all,” Lowcock said. “It is a sign of what lies ahead if more action is not taken. Starvation as a weapon of war is a violation.”

The fighting between central government soldiers and Tigray’s former ruling party has claimed thousands of lives since November and Lowcock said the number of displaced people in Tigray has risen to 1.7 million as of March. 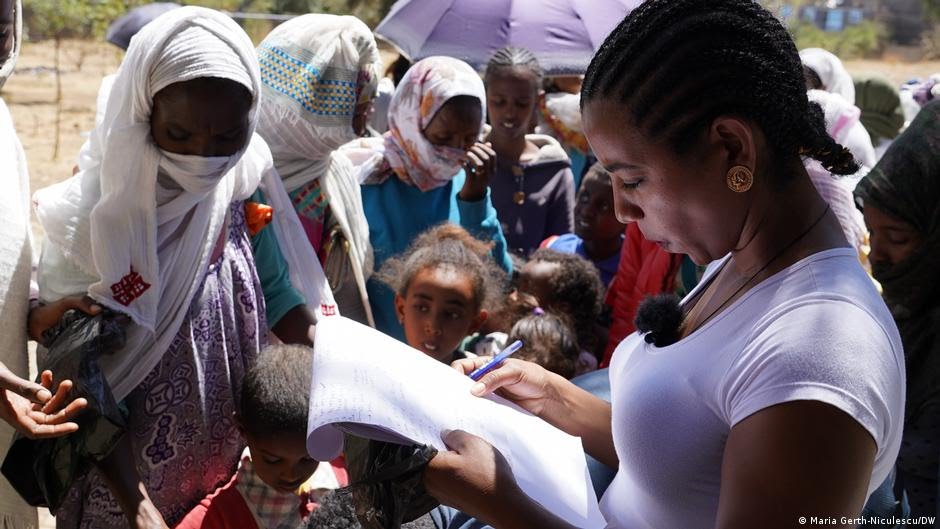 While the country has continually denied that its forces are in Tigray, Ethiopian Prime Minister Abiy Ahmed has acknowledged their presence in the region. He promised that they would be leaving late in March.

The UN and the United States have been demanding a withdrawal of Eritrean troops.

On Thursday, Lowcock urged Eritrea to make good on their promise and recall its soldiers.

“Unfortunately, I must say that neither the UN nor any of the humanitarian agencies we work with have seen proof of Eritrean withdrawal,” Lowcock said.

“Without a ceasefire, this already-grave humanitarian crisis is only going to get a lot worse,” said Lowcock.

“I again reiterate the need for Eritrean Defense Forces to halt atrocities and withdraw. Announcing it is not the same as doing it.”

Meanwhile, reacting to the allegations of excesses, Eritrea’s Information Minister Yemane Gebremeskel said that sexual violence and rape “are an abomination to Eritrean society” and should be harshly punished if they took place.

A dozen top United Nations officials on Monday called for a stop to indiscriminate and targeted attacks against civilians in Ethiopia’s northern Tigray region, particularly calling out reports of rape and “other horrific forms of […]

Hundreds of unarmed civilians were massacred in less than 48 hours by Eritrean troops during the war in the restive northern Ethiopian province of Tigray last year, Amnesty International has said. The soldiers systematically killed hundreds of […]

UN concerned over continuing crisis for children in Tigray, Ethiopia, amid reports of atrocities

The situation for children in Tigray, is becoming increasingly serious as the conflict in the northern Ethiopian region continues to escalate, according to the United Nations Children’s Fund (UNICEF), has said. The Executive Director of […]