The winner of the June 18, 2022, gubernatorial election in Ekiti State, Biodun Oyebanji, has been formally sworn in as the governor of the state.

Oyebanji, after his swearing-in ceremony conducted by the Chief Judge of Ekiti, Justice John Adeyeye, on Sunday, October 16, 2022, thereby, rolled out six points agenda to further bring economic prosperity and good governance to the people of the state.

Oyebanji said that his vision for the state was for it to be a land of prosperity, opportunity, peace, and progress and a land which transformed people and for communities to reap the fruits of their labour in dignity, good health and safety.

According to the governor, the six-point agenda was carefully selected based on his experience in the public and private sectors, coupled with the yearnings of the masses to improve the status of the state.

He said for the vision to be actualised, there was a need to focus on a roadmap to get there, urging the people to be partners in progress.

Oyebanji said that creating employment and income-generating opportunities for residents of the state would be a critical component of his administration’s agenda.

“We have identified some of the drivers, markets and industries that create these opportunities within the system and intend to nurture them and give them the enabling structures and support required to deliver the jobs we need,” he said.

The governor promised that his administration would ensure that all eligible students have access to free and qualitative basic education up to the Senior Secondary School (SS3), with curricula that prepare them adequately for further learning or the job market.

He also promised to further develop the agriculture sector by attracting more investment in agri-business to deepen the processing capacity of both the staple and cash crops, which would not only provide food security but help the country to grow its non-oil exports.

“We have a responsibility to support our farmers with facilitated adequate financing, value chain support, access to markets, skills and technology to increase productivity within the sector.

“Giving practitioners the ability to provide food for the state and exports, while creating much-needed jobs and opportunities.

“Priority will be given to strategic crops, including cassava, rice, cocoa, cashew, maize, yam and vegetables.

“Accelerating the development of key infrastructure that is critical to our economic development will have a vast impact on our progress.

“Power and transportation are two key priority sectors that will improve our competitiveness and generate positive economic and social impact.

“We are committed to collaborating with stakeholders to ensure that we boost these underdeveloped core sectors,” he said.

Oyebanji said that his administration’s modus operandi would be the establishment of numerous platforms for widespread participation, interaction and inclusiveness of all stakeholders in actualising the set goals.

“We intend to ensure robust dialogue and uncensored expression and consultations across the length and breadth of the state, thereby ensuring the interest and participation of all in the welfare of Ekiti Kete.

“We assure the people that we will hear you and truly see you. Our outlook is a government of the people, for the people and by the people through active involvement.

“On this platform, I hereby pledge my accessibility to you all,” he said.

The governor thanked his predecessors in the state, especially the immediate past Gov. Kayode Fayemi and his wife, for laying the solid legacies on which the new administration would stand upon.

“Though, the Fayemis are leaving behind very huge shoes for me and Olayemi to fill, we are confident that with their support, we will assuredly grow into them.

“I am enthusiastically counting on the generosity of spirit of the Adebayos, Fayemis, Fayoses and other past leaders, to continue in the service of our homeland by constantly affording us their enormous goodwill, expertise, and experience,” he said.

In his remarks, Bola Tinubu, the Presidential Candidate of the All Progressives Congress party (APC), urged the people of the state to continue to vote for the party, especially during the forthcoming 2023 general elections.

He urged the people, particularly APC members in the state, to guide their Permanent Voter Cards jealously and ensure that they vote for APC for continuity and good governance to continue to flourish in the state.

Present at the event were Governors of Kebbi, Jigawa, Edo, Lagos, Ondo, Plateau, former Gov. Ayodele Fayose of Ekiti and the Deputy Governor of Ogun.

The major highlight of the event was the administration of the oath of allegiance on the Deputy Gov. Mrs Monisade Afuye and Gov. Biodun Oyebanji, who were later sworn in to pilot the affairs of the state for the next four years.

A colourful parade was also mounted by members of the Nigeria Police Force, Ekiti Command to add colour and glamour to the occasion. 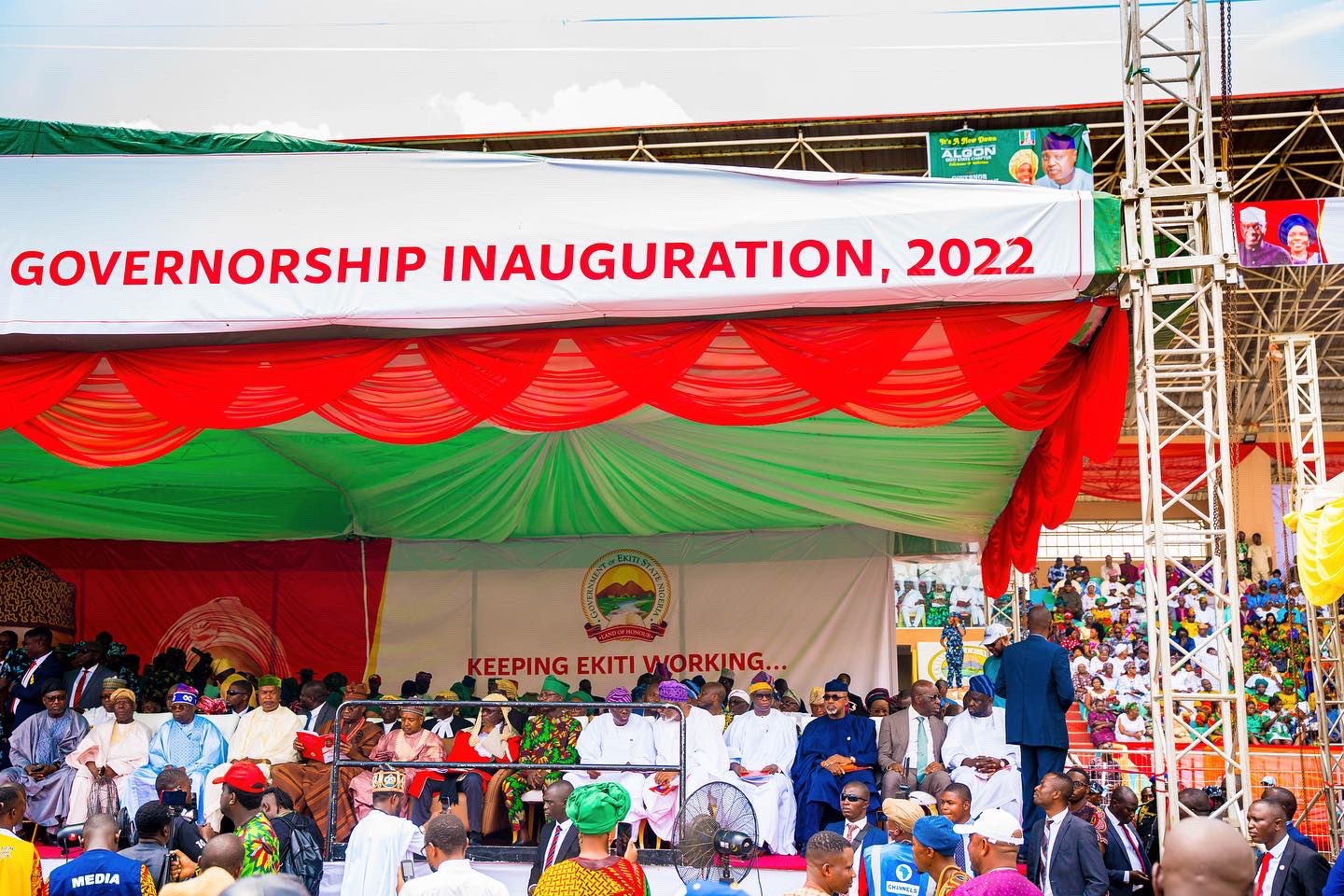 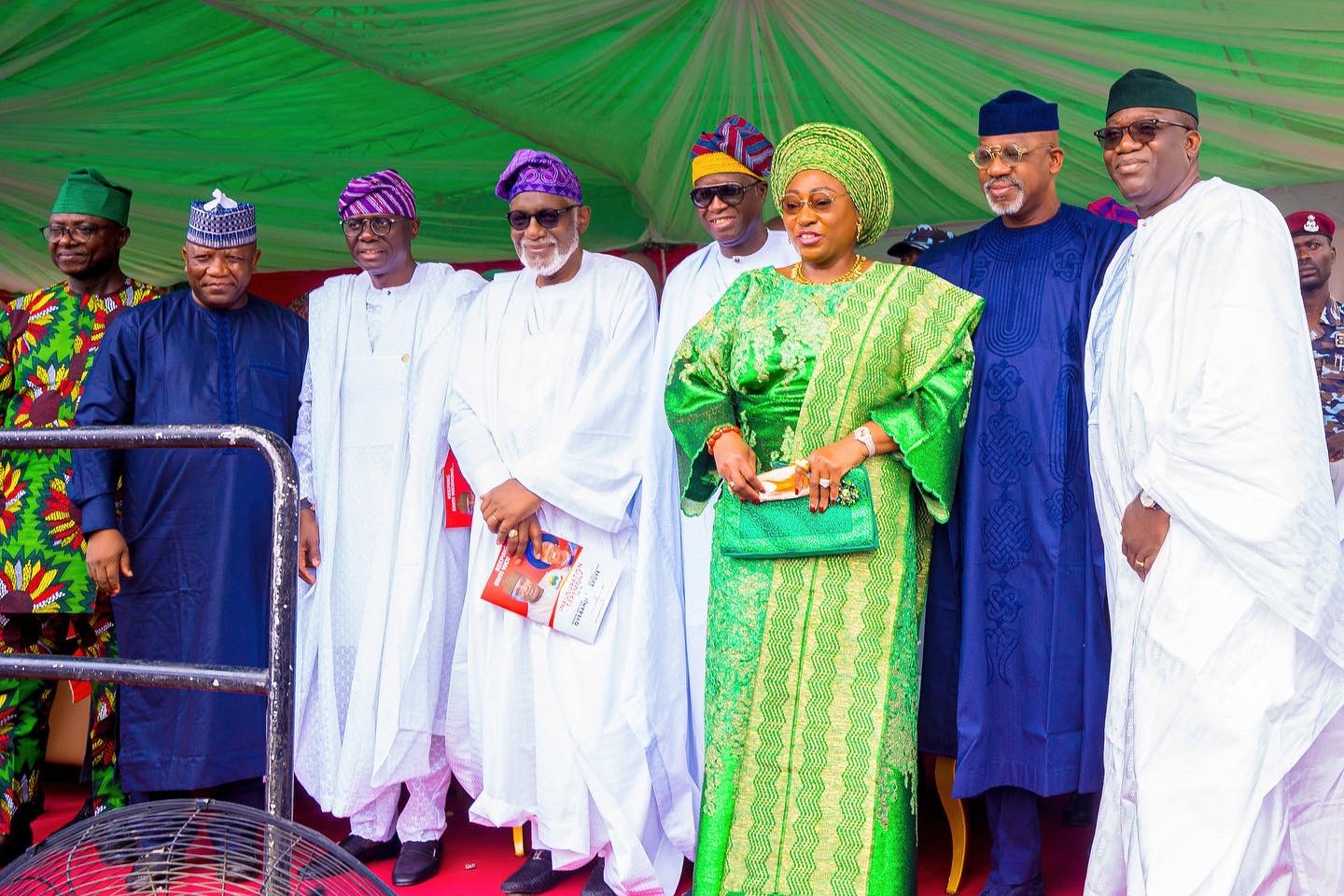 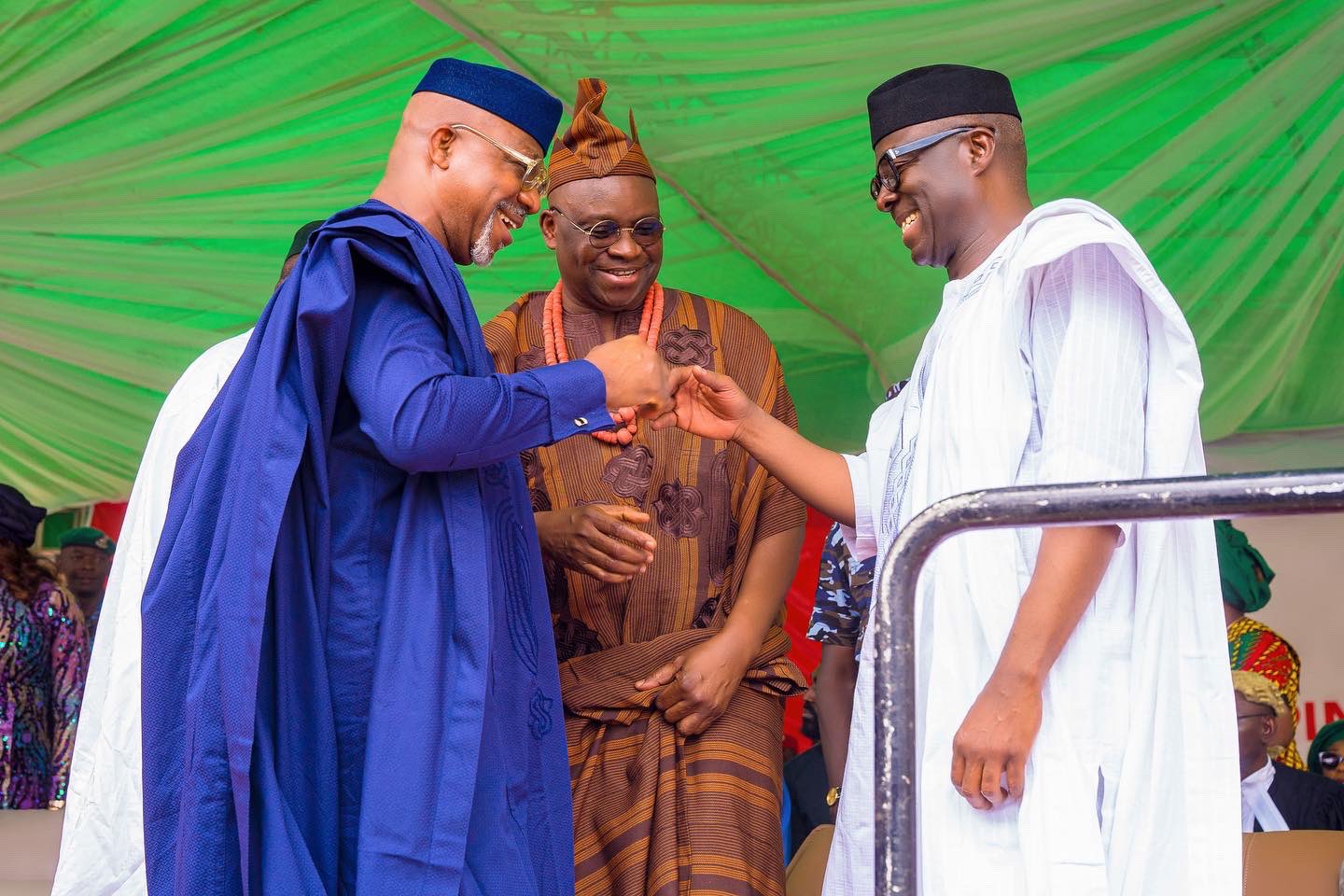 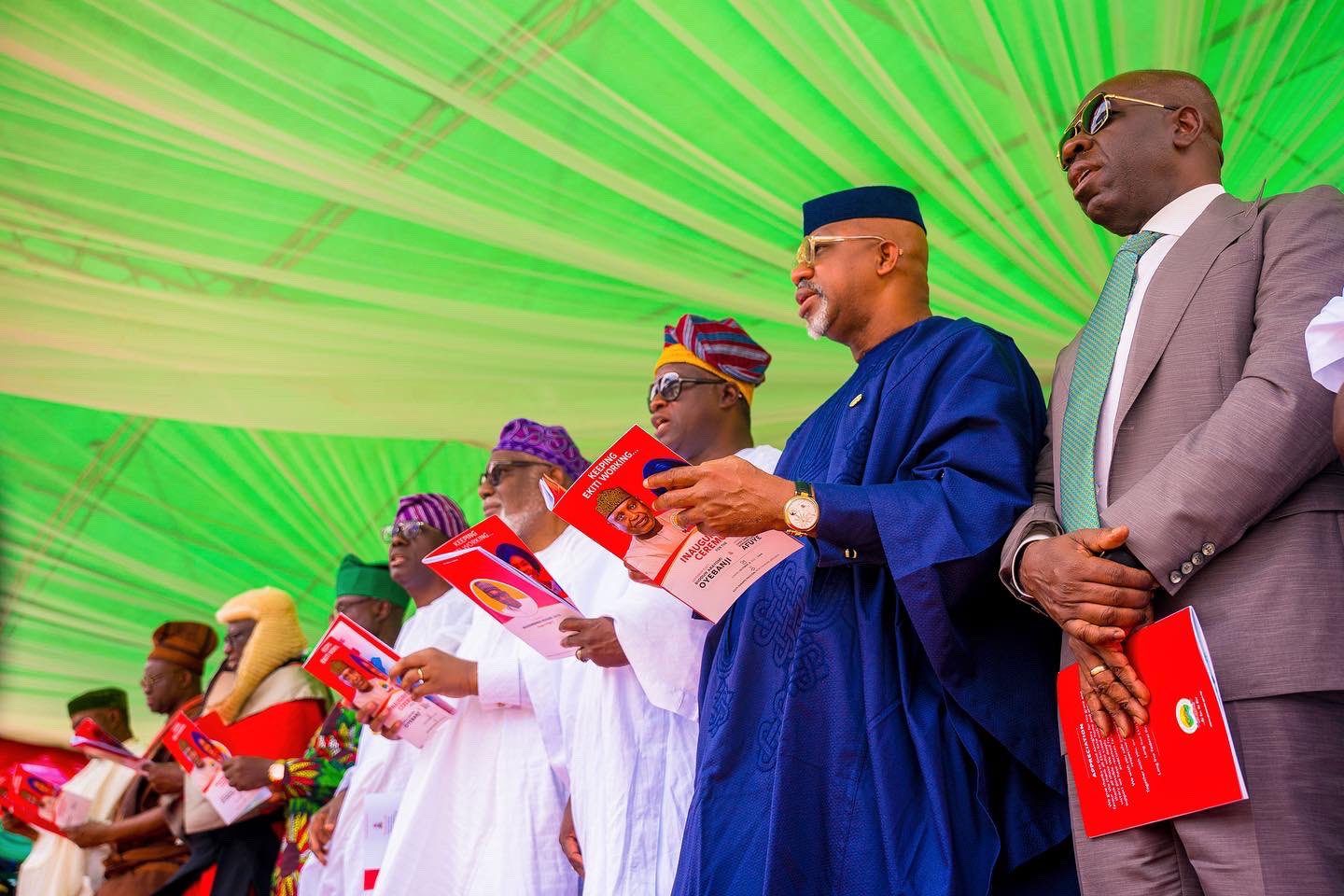 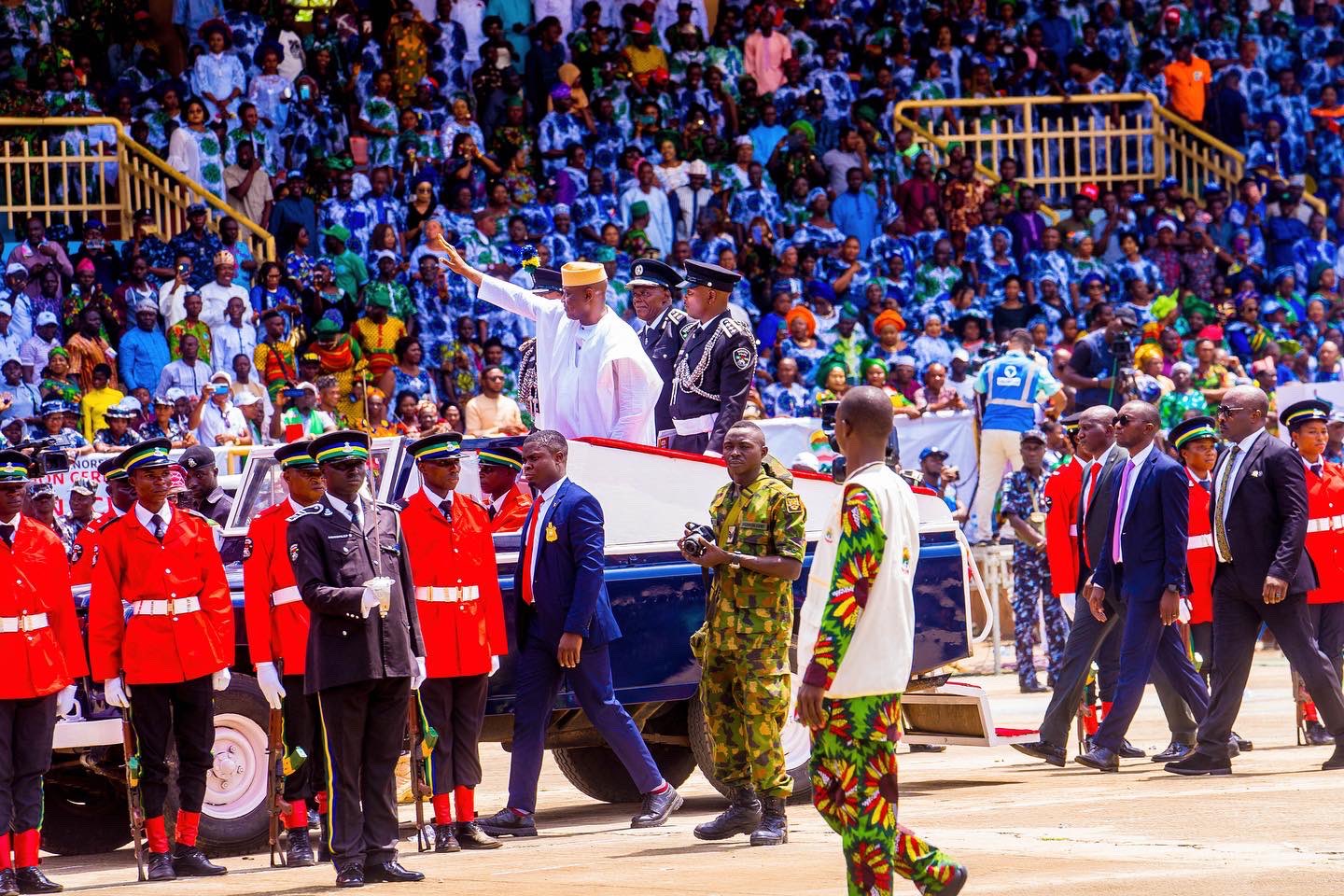 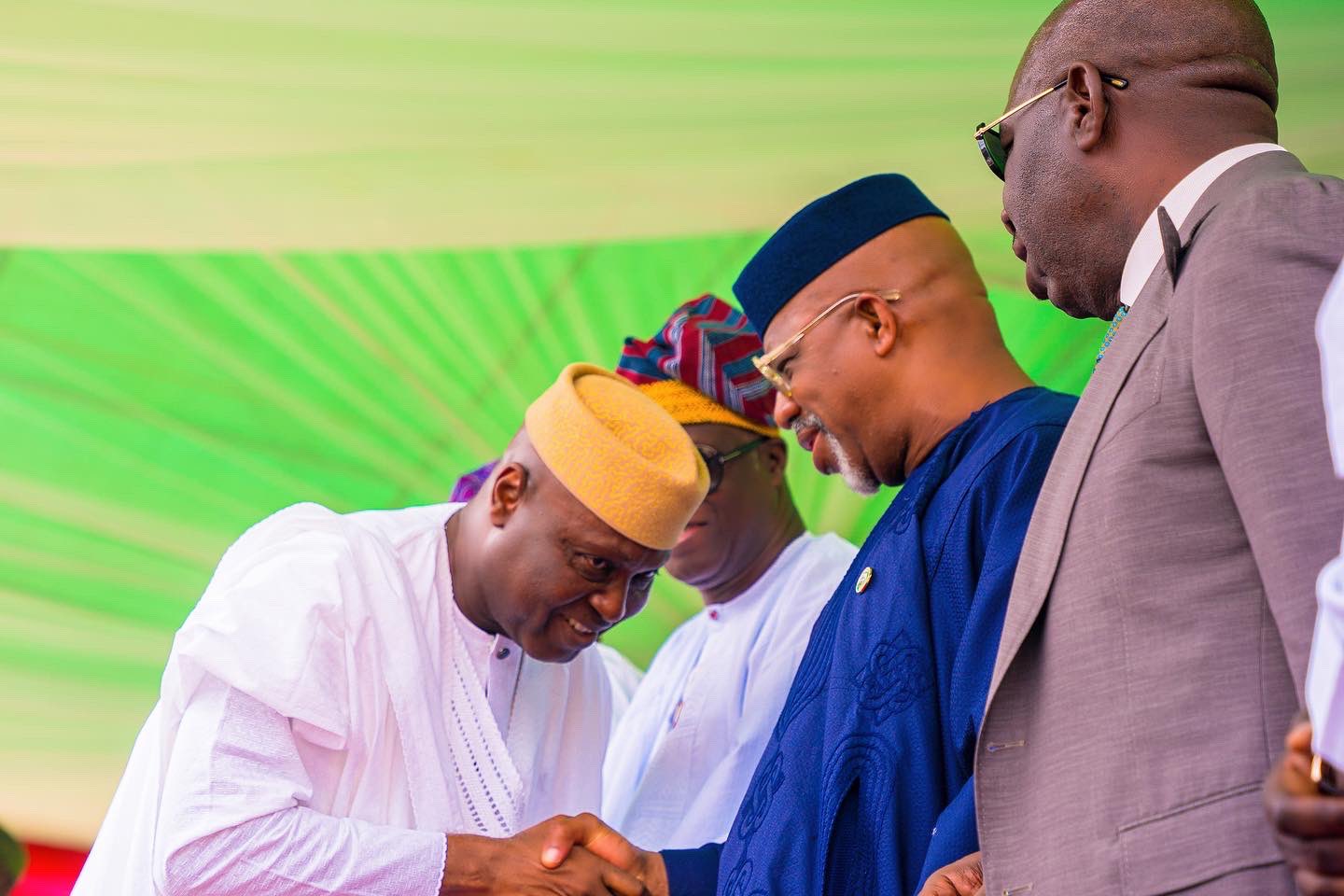 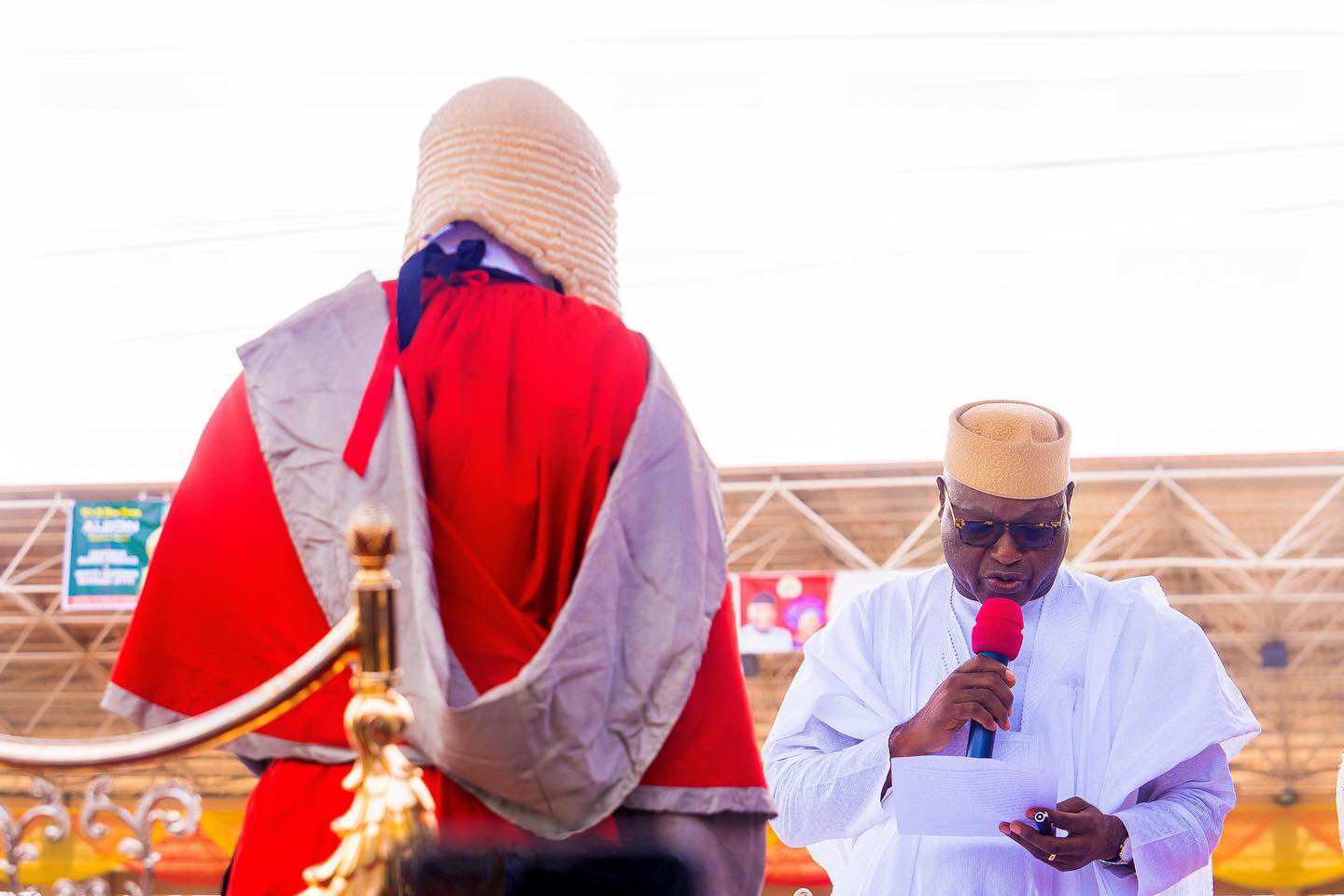 The governor of Performing Musician Association of Nigeria (PMAN), Kareem Olomide Osoba, has spoken about the organisation’s plans for 2021, which is centred on gaining the losses of 2020 for practitioners. According to him, “The […]

By Abimbola Olaniyan Bose Okeowo is a talented artist who found ability in her disability. Okeowo, an indigene of Otun Ekiti, Mobaland, in Ekiti State, had fallen ill when she was a baby, and it […]