Voters in America will decide November 3 whether Donald Trump remains in the White House for another four years, or Joe Biden takes over.

In the US Election 2020, Republican president is being challenged by Democratic Party nominee Joe Biden, who is best known as Barack Obama’s vice-president but has been in US politics since the 1970s.

As election day approaches, polling companies will be trying to gauge the mood of the nation by asking voters which candidate they prefer.

We’ll be keeping track of those polls here and trying to work out what they can and can’t tell us about who will win the election.

National polls are a good guide as to how popular a candidate is across the country as a whole, but they’re not necessarily a good way to predict the result of the election.

In 2016, for example, Hillary Clinton led in the polls and won nearly three million more votes than Donald Trump, but she still lost – that’s because the US uses an electoral college system , so winning the most votes doesn’t always win you the election.

With that caveat aside, Joe Biden has been ahead of Donald Trump in most national polls since the start of the year. He has hovered around 50% in recent months and has had a 10-point lead on occasions. 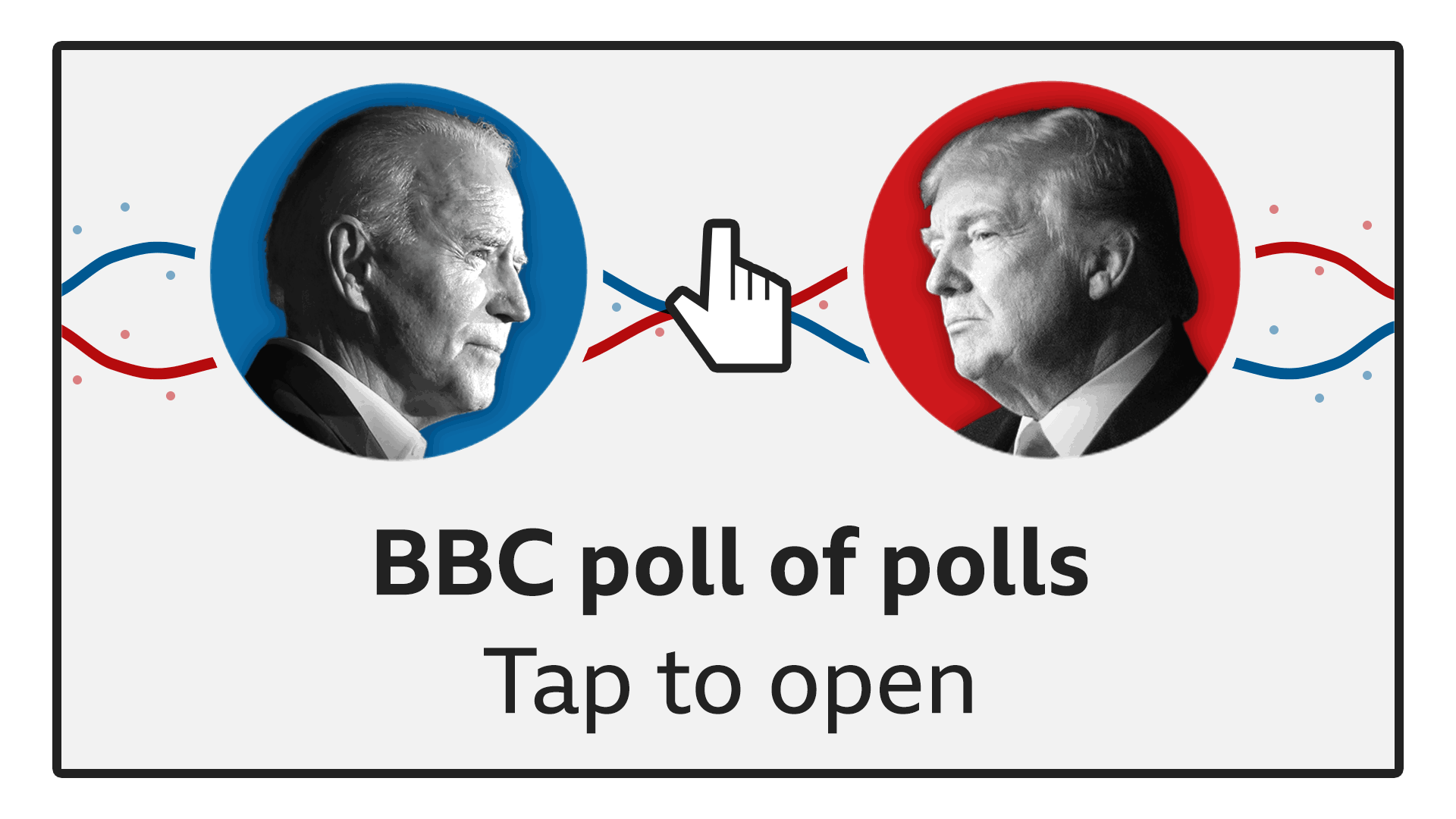 By contrast, in 2016 the polls were far less clear and just a couple of percentage points separated Mr Trump and his rival in the days before the election.

Which states will decide this election?

As Mrs Clinton discovered in 2016, the number of votes you win is less important than where you win them.

Most states nearly always vote the same way, meaning that in reality there are just a handful of states where both candidates stand a chance of winning. These are the places where the election will be won and lost and are known as battleground states.

In the electoral college system the US uses to elect its president, each state is given a number of votes based on how many members it sends to Congress – House and Senate. A total of 538 electoral college votes are up for grabs, so a candidate needs to hit 270 to win.

As the map above shows, some battleground states have a lot more electoral college votes on offer than others so candidates often spend a lot more time campaigning in them.

Who’s leading in the battleground states?

At the moment, polls in the battleground states look good for Joe Biden, although the margins are tight in several of them.

Mr Biden appears to have strong leads in Michigan, Pennsylvania and Wisconsin – three industrial states his Republican rival won by margins of less than 1% to clinch victory in 2016. 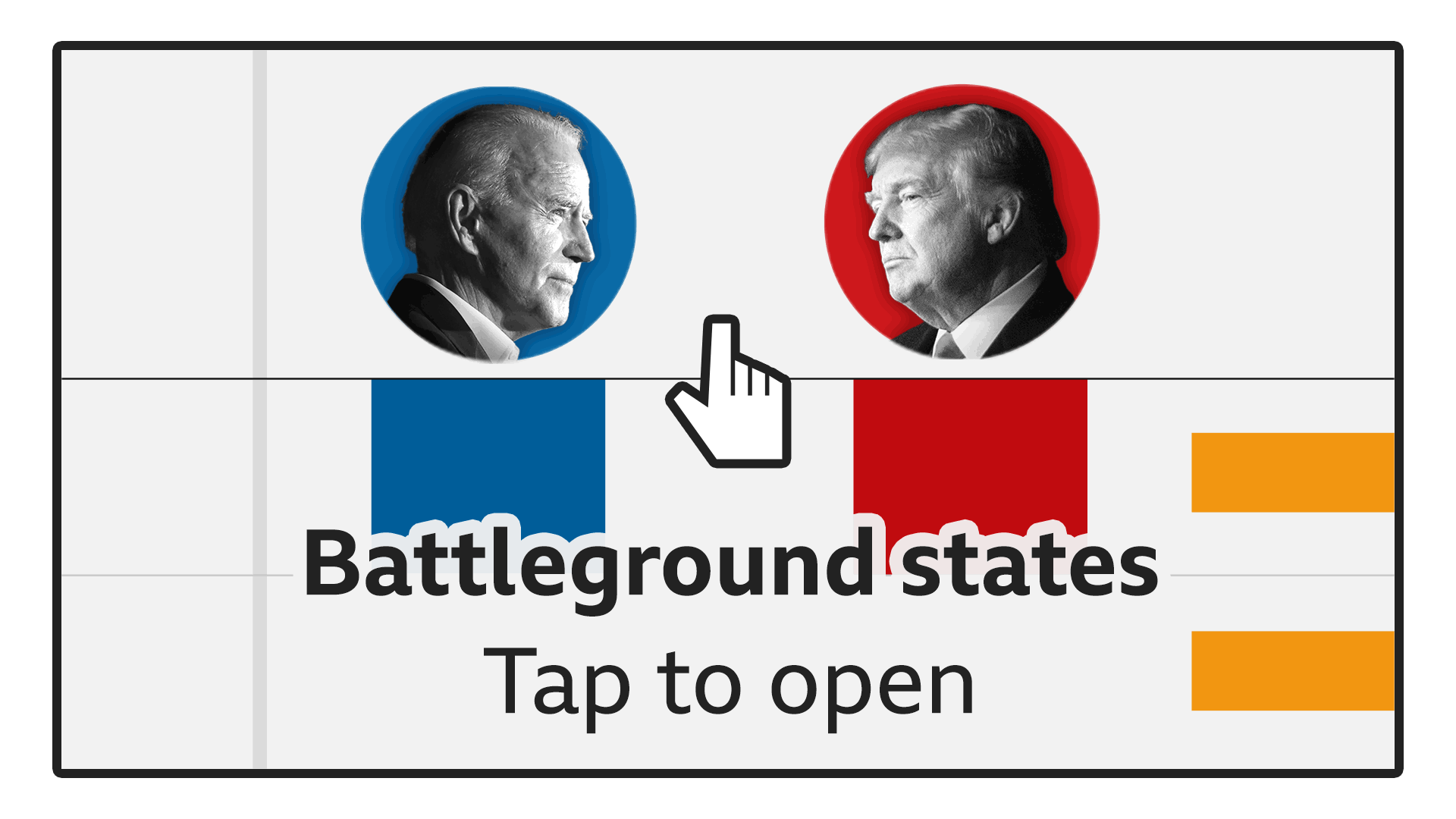 But it’s the battleground states where Mr Trump won big in 2016 that his campaign team will be most worried about. His winning margin in Iowa, Ohio and Texas was between 8-10% back then but it’s currently looking much closer in all three.

That’s one of the reasons why some political analysts rate his chances of re-election as low as things stand.

The Economist thinks Mr Biden is “very likely” to beat Mr Trump while FiveThirtyEight , a political analysis website, sees Mr Biden as “favoured” to win the election but says the president could still come out on top .

Who won the presidential debates?

The first , on 29 September, was a chaotic affair, with Mr Trump’s combative approach stamping out any chance of a real debate.

A CBS News/YouGov poll taken straight afterwards suggested it was a good night for Mr Biden.

Of those who watched, 48% said Mr Biden was the winner while 41% went for Mr Trump – a similar split to national polling averages. Nearly 70% of people said the debate made them feel “annoyed”.

In the second debate , on 22 October, organisers introduced a mute button to help police the arguments.

But it was a much more restrained President Trump on show and there was a much greater focus on the policies of the two candidates.

A CNN poll found 53% of viewers thought the Democrat had done a better job in the debate, while 39% went with Mr Trump.

A YouGov snap poll was similar, with 54% saying Mr Biden had won compared to 35% for the president.

So while Mr Trump put in a better performance, it’s unlikely to have been enough to change the balance of the race on its own.

We only had a couple of days to mull over the first debate before President Trump’s bombshell tweet in the early hours of 2 October revealed he and the first lady had tested positive for coronavirus.

While the pandemic has dominated headlines in the US since the start of the year, the focus had shifted to the Supreme Court after the death of long-serving Justice Ruth Bader Ginsburg in September.

So Mr Trump’s positive coronavirus test put his response to the pandemic, which has claimed the lives of more than 230,000 people in the US, back under the spotlight.

According to data from an ABC News/Ipsos poll , just 35% of Americans approve of how the president has handled the crisis. That figure climbs among Republicans, but only to 76%.

On his own health, 72% of respondents said that Mr Trump did not take the “risk of contracting the virus seriously enough,” while the same number said he failed to take “the appropriate precautions when it came to his personal health”.

A similar Yahoo News/YouGov poll found that about half of respondents believed he could have avoided contracting the disease altogether if he had practised greater social distancing and worn a face mask.

Can we trust the polls?

It’s easy to dismiss the polls by saying they got it wrong in 2016 and President Trump frequently does exactly that. But it’s not entirely true.

Most national polls did have Hillary Clinton ahead by a few percentage points, but that doesn’t mean they were wrong, since she won three million more votes than her rival.

Pollsters did have some problems in 2016 – notably a failure to properly represent voters without a college degree – meaning Mr Trump’s advantage in some key battleground states wasn’t spotted until late in the race, if at all. Most polling companies have corrected this now.

But this year there’s even more uncertainty than normal due to the coronavirus pandemic and the effect it’s having on both the economy and how people will vote in November, so all polls should be read with some scepticism.

More on this story:

US Election 2020: A really simple guide 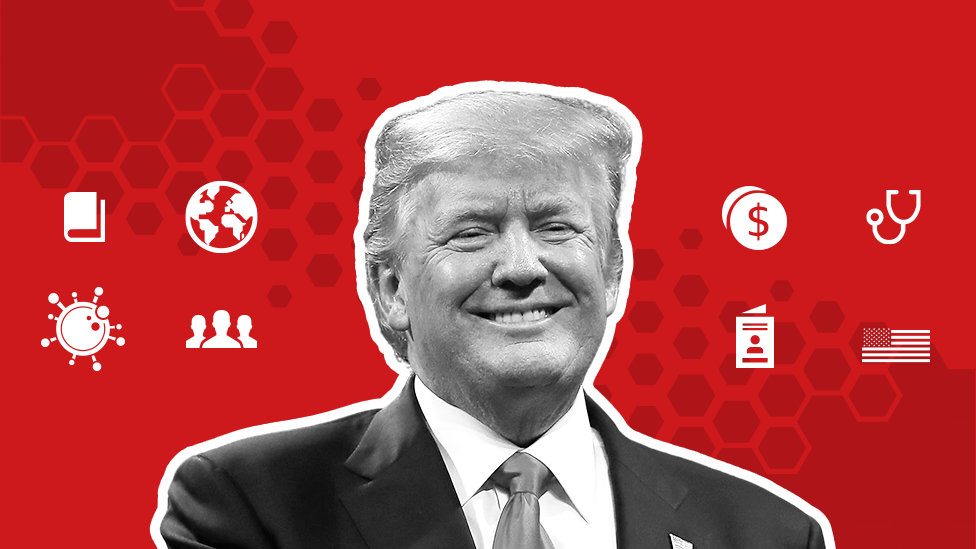 Donald Trump policies: Where does the president stand on key issues? 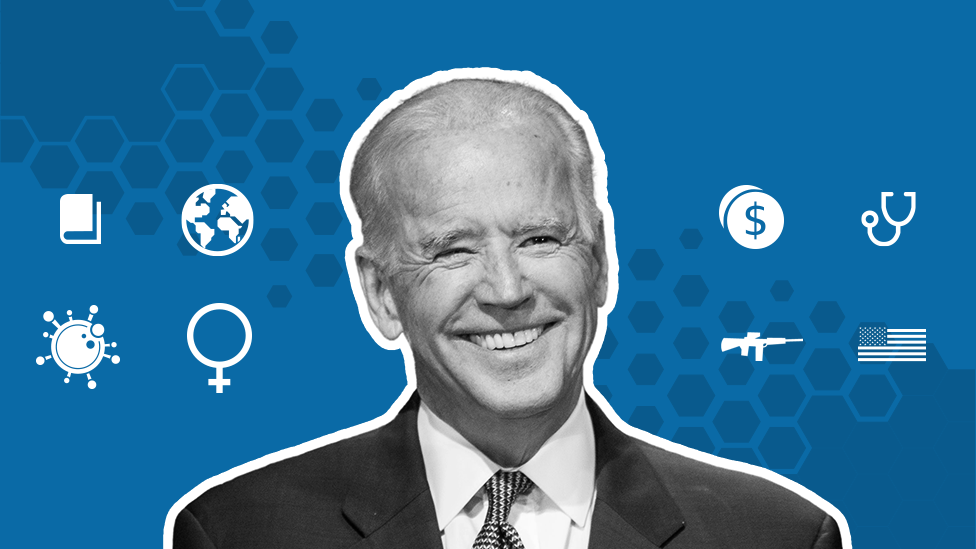 Joe Biden: Where does Joe Biden stand on key issues? 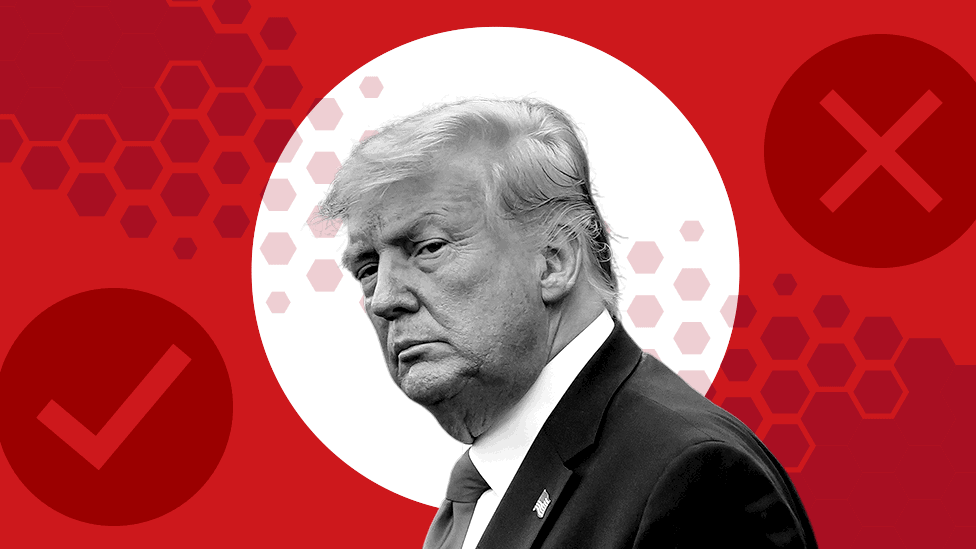 US election 2020: Has Trump delivered on his promises?

Republican President Donald Trump and Democrat Joe Biden have won their primaries in Ohio. Both won their primary elections Tuesday night, with Trump was running unopposed in the Republican primary in the state. ALSO READ: Hillary […]

Trump goes golfing at his Virginia club amid coronavirus crisis

President Donald Trump on Saturday was seen golfing at his Virginia club, marking his first visit to one of his golf properties since March amid the coronavirus pandemic. The presidential motorcade arrived at Trump National Golf […]

The United States President Donald Trump said on Saturday he is considering a pardon for Edward Snowden, the former U.S. National Security Agency contractor – now living in Russia – whose spectacular leaks shook the […]