Dubai Crown Prince Sheikh Hamdan bin Mohammed bin Rashid Al Maktoum has paid the hospital expenses of a Nigerian mother and her quadruplets stranded in the city with mounting medical bills, according to the hospital. 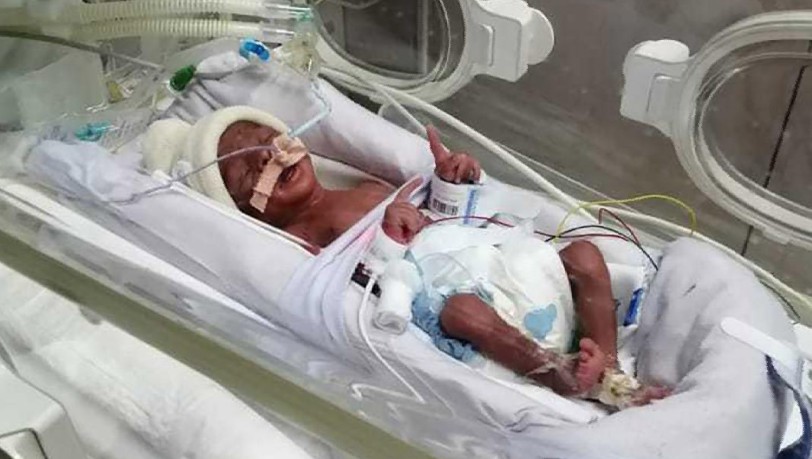 Suliyat Adulkareem, 29, gave birth to the babies, two boys, and two girls, at the Latifa Hospital for Women and Children on July 1.

They were born prematurely at nearly 31 weeks through an emergency C-section and placed on ventilators at the neonatal intensive care unit, the hospital said in a statement.

However, the family had no medical insurance and racked up more than AED 400,000 (about $108,000) in medical expenses since the quadruplets were born, their father Tijani Abdulkareem told CNN.

The Nigerian community and other nationals in Dubai rallied around them to help raise AED 42,000 (around $11,500) to pay part of the bills.

The Crown Prince stepped in to pay the bills after he came across the initial CNN report highlighting the family’s story.

He was moved by their plight and informed his office to assist the family, the hospital said.

Abdulkareem told CNN he was shocked by the ruler’s generosity, and the couple have decided to name two of their babies after him.

ALSO READ: 68-year-old woman gives birth to twins in Lagos after being pregnant for the first time

One of the girls will also be called Latifa after the hospital, he said.

“It’s just a huge favor, and we are still in shock because we didn’t even know how to get the money. I had been sleepless wondering how to pay the bill,” Abdulkareem said.

Abdulkareem, a chef at a restaurant in the city, said he was distressed when he discovered his wife was going to have quadruplets.

Latifa hospital CEO Muna Tahlak said the hospital staff are “overwhelmed” that the country’s ruler has pledged to cover the full medical bills of the quadruplets who are still being cared for at the health facility.

The babies, two boys and two girls, have gradually been taken off ventilators and two of them now weigh 1.8 kilograms. Doctors expect they will soon be strong enough to go home.

The couple, who live in Dubai, had planned to have the babies in Nigeria because they could not afford medical insurance but were unable to travel because of the coronavirus air restrictions that prevented commercial flights between the two countries.

The elated father said the family has received “unbelievable” support from the Nigerian community, and various nationalities which has helped them pay for two months rent for a bigger place to accommodate the quadruplets.

“We have been getting calls from Portuguese and Brazilian nationals in Dubai. People have been trying to reach us. The Nigerian community has been following us every step of the way,” Abdulkareem said.

A Dubai-based Nigerian youth and rich celebrity, Hushpuppi, who displays a wealthy lifestyle on the social media, especially on Instagram, has been allegedly arrested by police in his United Arab Emirates(UAE) home. He was reportedly […]

Cybercrimes: How Hushpuppi, Woolberry were arrested in Dubai with ‘$40 million cash’

More revelations have emerged on how the alleged Nigerian transnational internet scammers, Ramon Olorunwa Abbas, aka, Hushpuppi and Olalekan Jacob Ponle, aka, Mr Woodberry, were arrested by arrested in their United Arab Emirates (UAE) by […]

The suspended acting chairman of the Economic and Financial Crimes Commission (EFCC), Ibrahim Magu, currently facing the Justice Ayo Salami-led Presidential Probe Panel has been further indicted by an investigative report. In the said report […]